Run Birmingham's aim is to get the city of Birmingham moving. They want to inspire new people from all communities, all over the city, to start running. Not only that, they also want to inspire 15,000 casual runners to keep up the good work throughout the city’s amazing parks, canals and open spaces.

Appointed following a credentials presentation, we were briefed to re-brand and develop a new website for this Sport England funded programme, we worked closely with the client and their appointed PR agency to develop an inclusive brand identity and website that aimed to encourage non-active, casual and also regular runners in Birmingham to run more or make the most of what Run Birmingham offered.

A number of campaign themes were also created, namely 'Join the movement' and 'This mum runs' which identified specific groups of people the client saw as receptive but also perhaps less active than they should be.

Imagery was created for the campaign based on an illustrative theme and allowed flexibility to be adapted across a number different media outputs such as print, social media, clothing, signage and promotional items.

The website was built using our Business Catalyst platform featuring advanced search and filtering of upcoming events with an intuitive CMS that allows the client to update events, blogs and other content via custom Web Apps we developed. 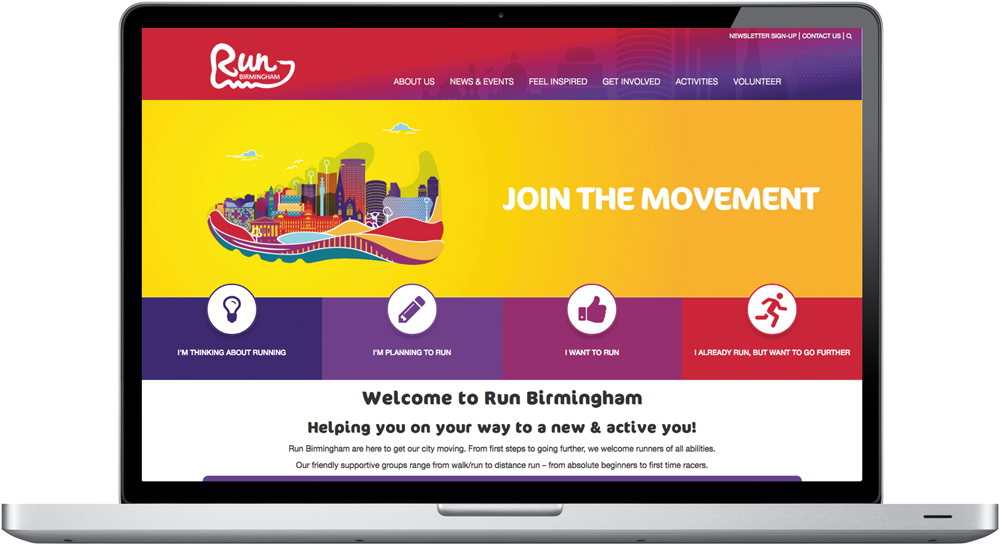 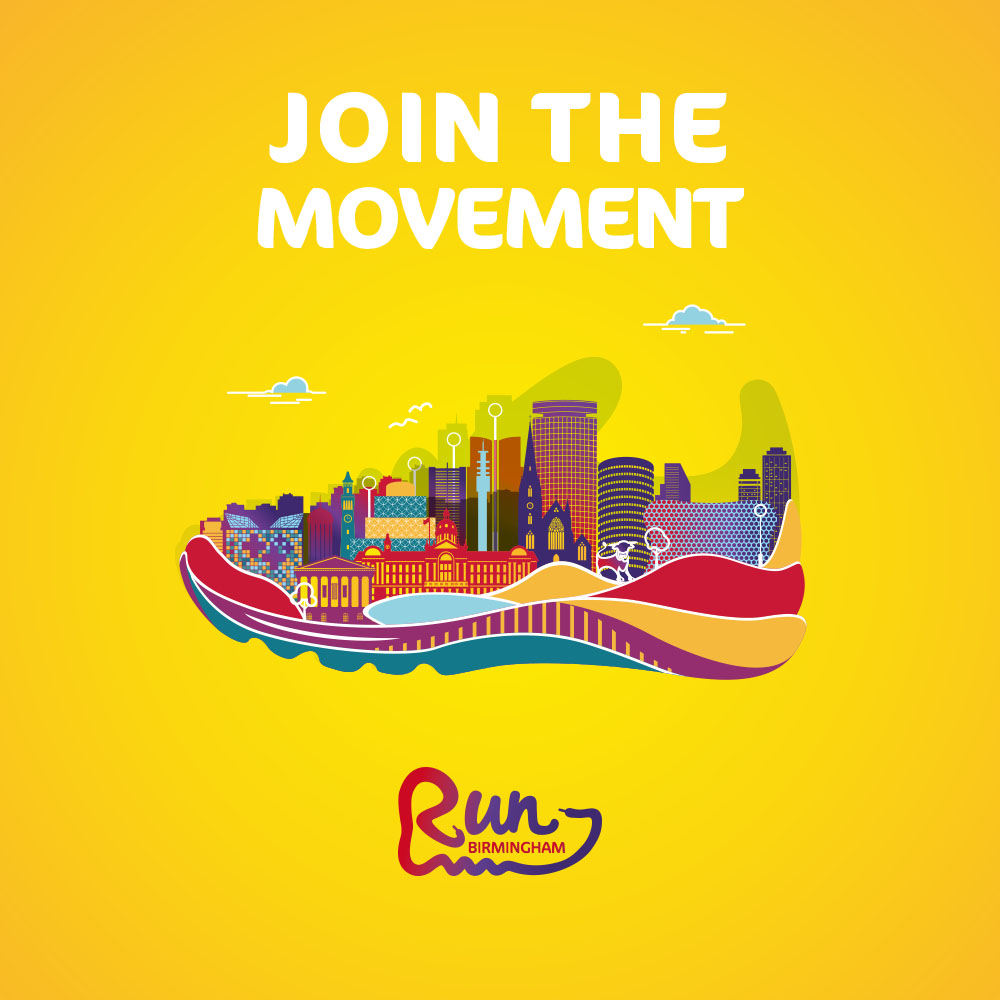 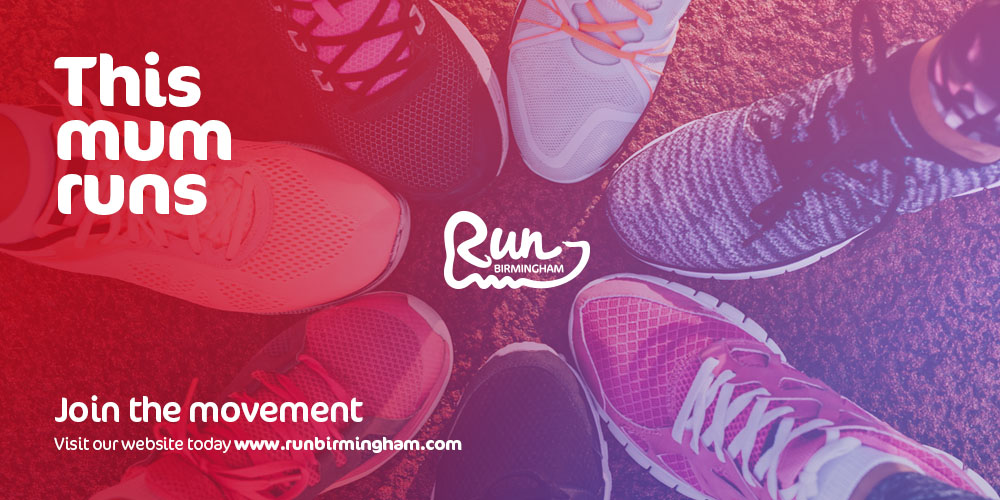 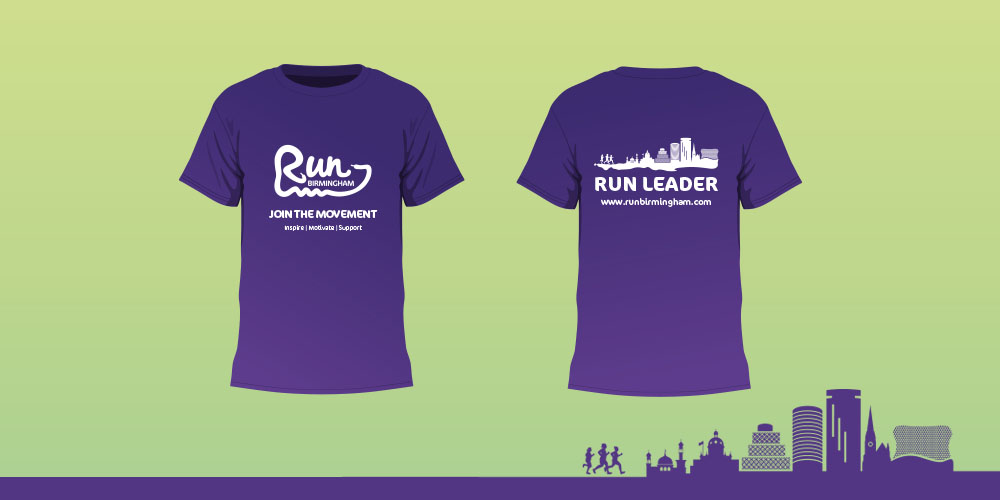 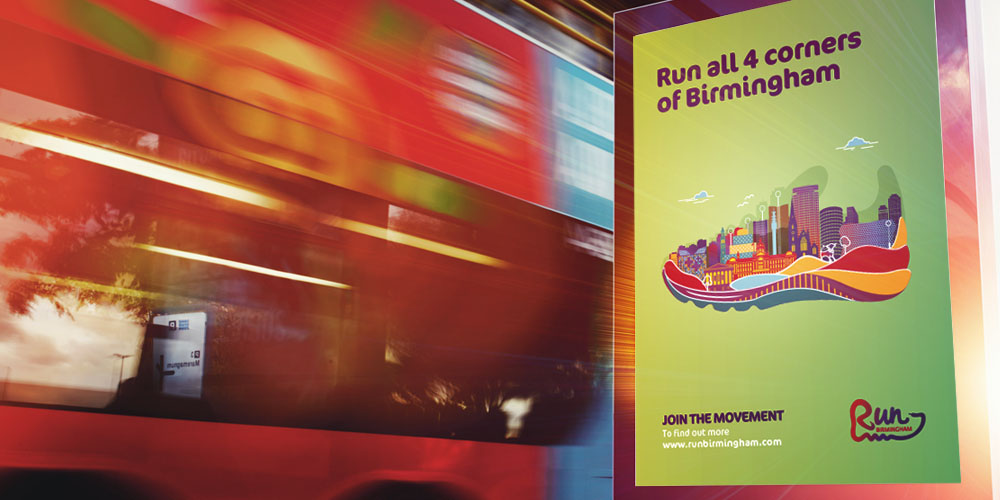